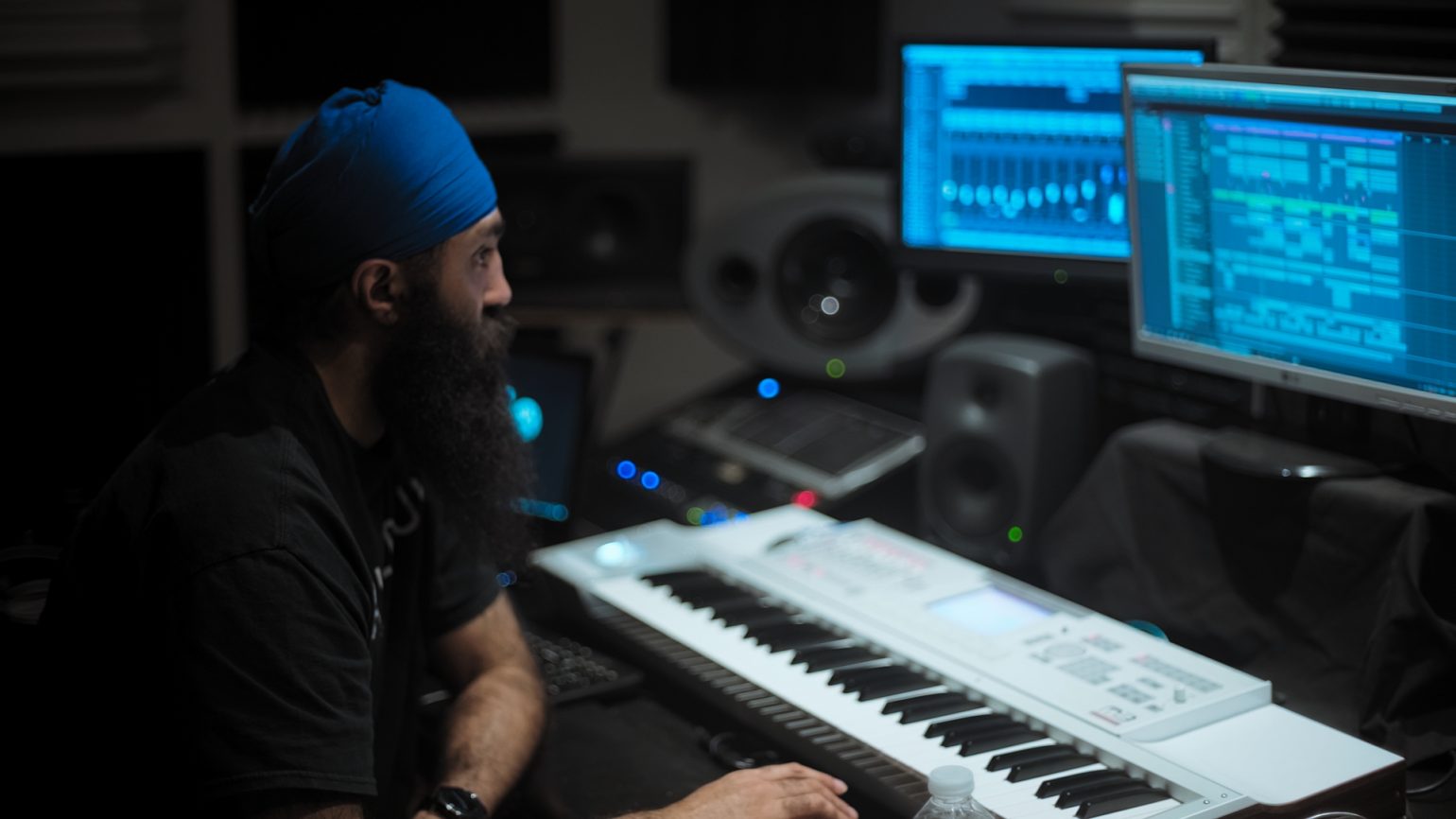 This month I began work on a forthcoming EP with Glaswegian Bhangra duo Tigerstyle. We will be crafting the new tracks together this year and preparing for a 2018 release. Together we have been tracing the intricate histories of the Sikh scriptures. Looking deeply at the provenance of certain scripture, it is revealed that some of these words were written not just by our beloved Sikh Gurus but also by Hindu and Islamic scholars and theorists. As someone who lives in an Islamic nation, Dubai, these shared lineages fascinate me. These ancient words of love have the potential to unite us across religious and social boundaries. We’ve been creatively inspired to compose around these themes, exploring parts of the Sikh scripture I haven’t sung before. Brother duo Tigerstyle were schooled in Punjabi folk as children before expanding their sound to draw on influences from hip hop, drum and bass and RnB. It is a pleasure to collaborate with the pair whose work has seen them grace the stage at Glastonbury Festival and score for Bollywood smash-hit movies. I’m excited to see what comes out of creative partnership – watch this space. This month I’ve also been putting the final touches to my forthcoming album The Sacred Words with Talvin Singh OBE. I can’t give too much away here, but I’m thrilled to be working with a gospel choir again for a very special track. I was very pleased that the website Asian Culture Vulture (www.asianculturevulture.com) published a feature on the album at the end of January. In their article they described my music as one that ‘continues to grow and actively spread a message of love, compassion and the joy that comes from helping others’. In early March I will travel back to London to sing at the Sri Guru Singh Sabha Southall gurdwara. I am honored to have been invited to sing and talk on my philanthropic work via Kirtan For Causes at the temple. This will be my first time singing in a UK gurdwara in this capacity. Currently I’m planning out which of my songs to perform, what musicians to play with and what to highlight when presenting on my charitable efforts. A great success of recent months was the re-release of the video for my track ‘Aukhee Gharnee’ / ‘Aukhi Ghari’ by UK based label DharamSeva Records. Posted on YouTube on the 1st December 2016, just under two months later we have reached over 950,000 views and 1.3million views on Facebook: I’m blown away by the response. Another of my online videos that has gained momentum in recent months is the poem I wrote and titled ‘We Are Love’. On a trip to London last year, feeling frustrated with world politics, I recorded and posted this video. The response on social media is staggering with over 500,000 views. As well as pursuing my singing, I’ve always put words together and carved poetry from my reflections on the world. I’m thrilled others enjoyed my efforts and will share more in the coming months. The launch of www.educatetosave.com continues to attract new sponsors for disadvantaged children in the countryside villages of Punjab, India. I’m so pleased we now have a streamlined and easy to use portal where my dear friends and supporters can help me in my life’s mission to eradicate poverty in rural Punjab.
Categories: Others