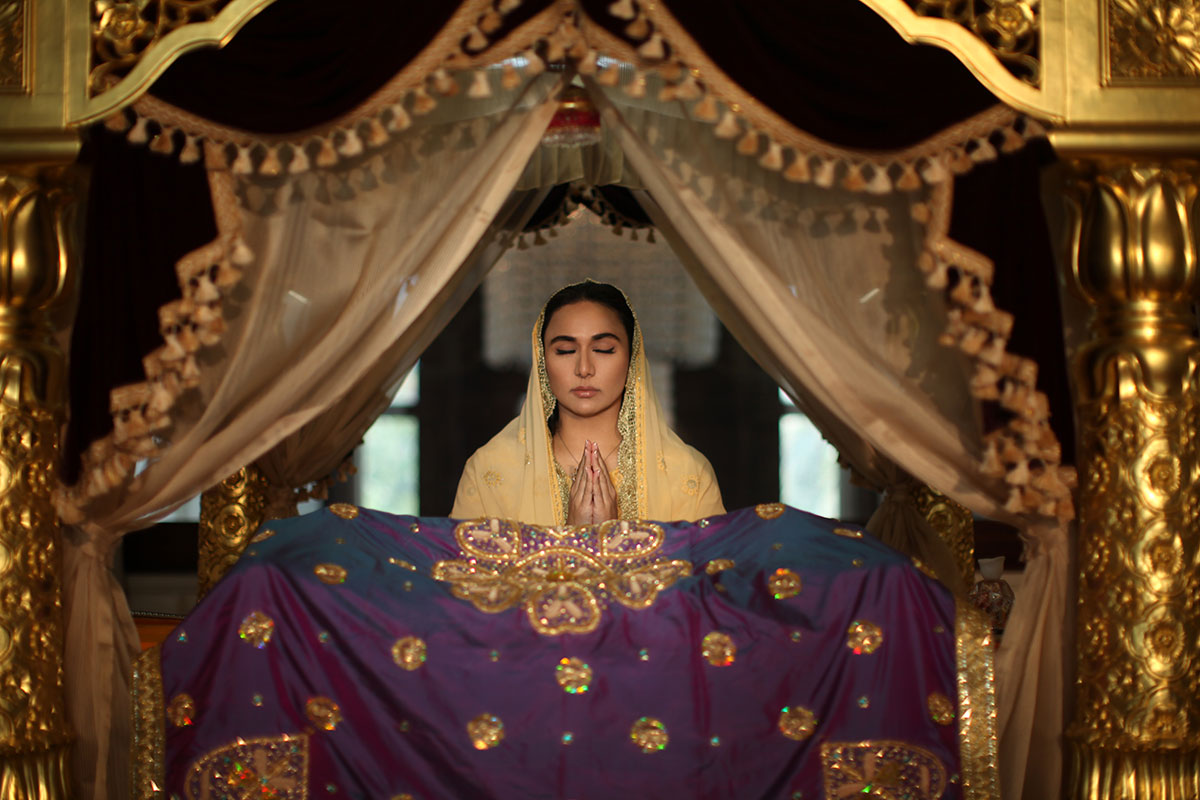 This month I have been thinking about giving. Sometimes the universe collides and presents you with an experience so moving you need to share it. Recently I’ve been working on my musical manifestations and organising my future travels to London and India, trips which feed my music and my heart at once. In London I will work with Talvin Singh on producing my album tracks: in India I will spend time with the children enrolled on Kirtan for Causes’ educational programmes and their families. Some days ago I prepared to leave my house in Dubai to travel to the local Indian Embassy as I needed to apply for my visa to fly into Amritsar in June. I was rushing out of my house and spotted 300 dirhams on the counter. I hesitated, knowing I didn’t really need any money on this trip but decided to sweep it up and drop it in my purse just in case of emergency. On arrival at the embassy the line snaked out of the building and down the street, it was a hot day, faces were tired and shoulders were stooped. There was a man outside who was clearly distressed, crying and begging for money. He made his way down the queue asking for help: desperation palpable in his voice and actions. Upon meeting him I gave him 100 dirhams and wished him luck. He continued to ask others for money and became increasingly upset. I saw him becoming quite agitated and talking with another passer-by. I decided to speak with him again and asked him what was wrong. He told me all he was trying to do was go home and he only needed 200 dirhams more to get there. I was touched that he asked for nothing more and nothing less than his fare to get home. This was not a greedy man, but a man in need of friendship and love. How strange that I, having given him my first 100 dirhams and then my 200 leftover, had exactly the price of his journey home. How strange that I had waivered that morning and known for some unspeakable reason that I should take that money with me. In my mind, that money was destined for his hand. Destined to take him home safely and graciously to a place he loved. It’s magical how the mystery of faith can present itself to you in beguiling unexpected moments. Acts of service, or what my Sikh faith calls seva, are to be found everywhere. In the cracks and crooks of life’s awkward hum-drum there are always moments and ways to perform seva. First and foremost we must love our fellow man and give generously when we are faced with the chance. Something about that man, begging yet humble, despairing yet dignified, in need yet not loan to greed, has moved me deeply. To each other a great seva has been gifted. The house we are building for a family in rural Punjab is finally finished. Now the family who had been living in a shelter with no roof or separate living quarters have moved in and are happily residing. Next we are beginning building work on a house for Gurpreet Kaur who we are also soon supporting through a journalism course. Twenty-two year old Gurpreet was one of the first children I began to financially support in Punjab and is a great success story. She is a talented, confident young woman with a bright future ahead. I’m so proud and honoured to be able to support her with new housing, something which she is in need of. This month has taught me that giving comes in all shapes, sizes and sensations. No matter how big, or how small, perform seva by giving and your heart will sing its song of happiness a little bit louder each time, I promise.
Categories: Social Work