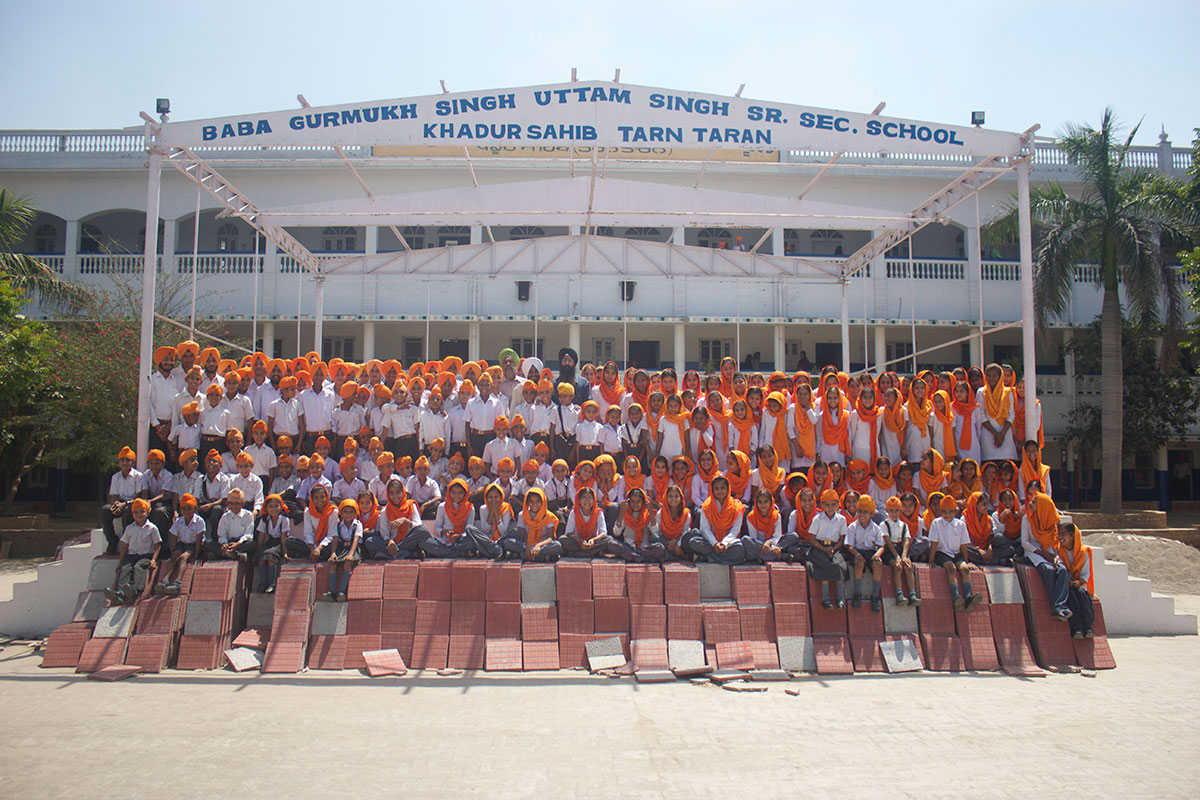 After my whirlwind trip to London and debut performance at the Union Chapel in August, the last few weeks have been a time to take stock and reflect on my work so far. I’m back at home in Dubai with my husband and son and enjoying the normal rhythms of daily family life. The concert back in August was a huge success both musically and charitably. We raised enough funds to sponsor the education of 100 disadvantaged children in rural Punjab via my foundation Kirtan for Causes. This month we have begun to facilitate these new relationships and have matched thirty children to their sponsors. Those youngsters are now beginning their first steps into regular and crucial education. The funds are still rolling in from my kind supporters via the purchase of my albums and there is always more work to be done but we are making giant steps indeed. My colleagues and I at the foundation have begun to think about the challenges that prevent more children from gaining financial aid via our work. In order to be eligible to attend school in the region, children have to pass a basic entrance exam. But of course for many, having never received the most elementary of lessons, this low-level academic testing is yet still too rigorous. We must help children to pass this test first to allow them even a chance of continuing education and improving their futures. This month a Kirtan For Causes representative visited the home of a family who had applied for their child to participate in the sponsorship scheme. We visit the household of every child who enrols on the programme to assess their need and explain how the charity operates. On visiting this particular family in the Punjabi village of Khadur Sahib our guide was struck by their poor living conditions. The inside space was small and cramped with all other spaces exposed to the open air. We have committed to building them a basic house with an indoor kitchen and improved sleeping and washing facilities. Work on this project will begin within the next month and I’ll keep you up to date on developments here. Of course, looking long-term, more musical plans are brewing. I’m working on a forthcoming EP that will feature the three original compositions I wrote for the London show. This release will also include a brand new finale track that I’m working on presently. I’ll be heading back to London to finish up the existing recordings and add the finishing touches to the mixing and mastering. More details to be announced on this blog soon. The coming year will see more collaborations in the cooker with the venerable Talvin Singh. During the summer of 2016 we will record another album together. The concept for this album traces the histories of rare instruments that were invented by Sikh gurus. Talvin and I will travel to the Punjab to meet the families that are continuing to play these instruments and passing on these musical customs via oral history and their musical lineages. The final album will include an accompanying documentary to communicate the history, heritage and stories that are so deeply bound into kirtan tradition. We’ve had interest from a major television channel who are interested in producing the documentary. 2017 will see me return to London to play a large-scale show. I’m currently scouting for other venues that suit the style of my meditative, spiritual music. The Union Chapel’s delicate architecture and stunning acoustic is hard to match. I promise to update you as and when our plans unfold. For now, visit my YouTube page to view an exclusive live clip from my last show. This was the first ever concert of Sikh kirtan at the Union Chapel and attracted audience members from across the UK. In this clip of my song ‘I Bow To You Waheguru’ I’m joined by musical friends Talvin Singh (tabla) and Guilliano Modarelli (guitar).
Categories: Events