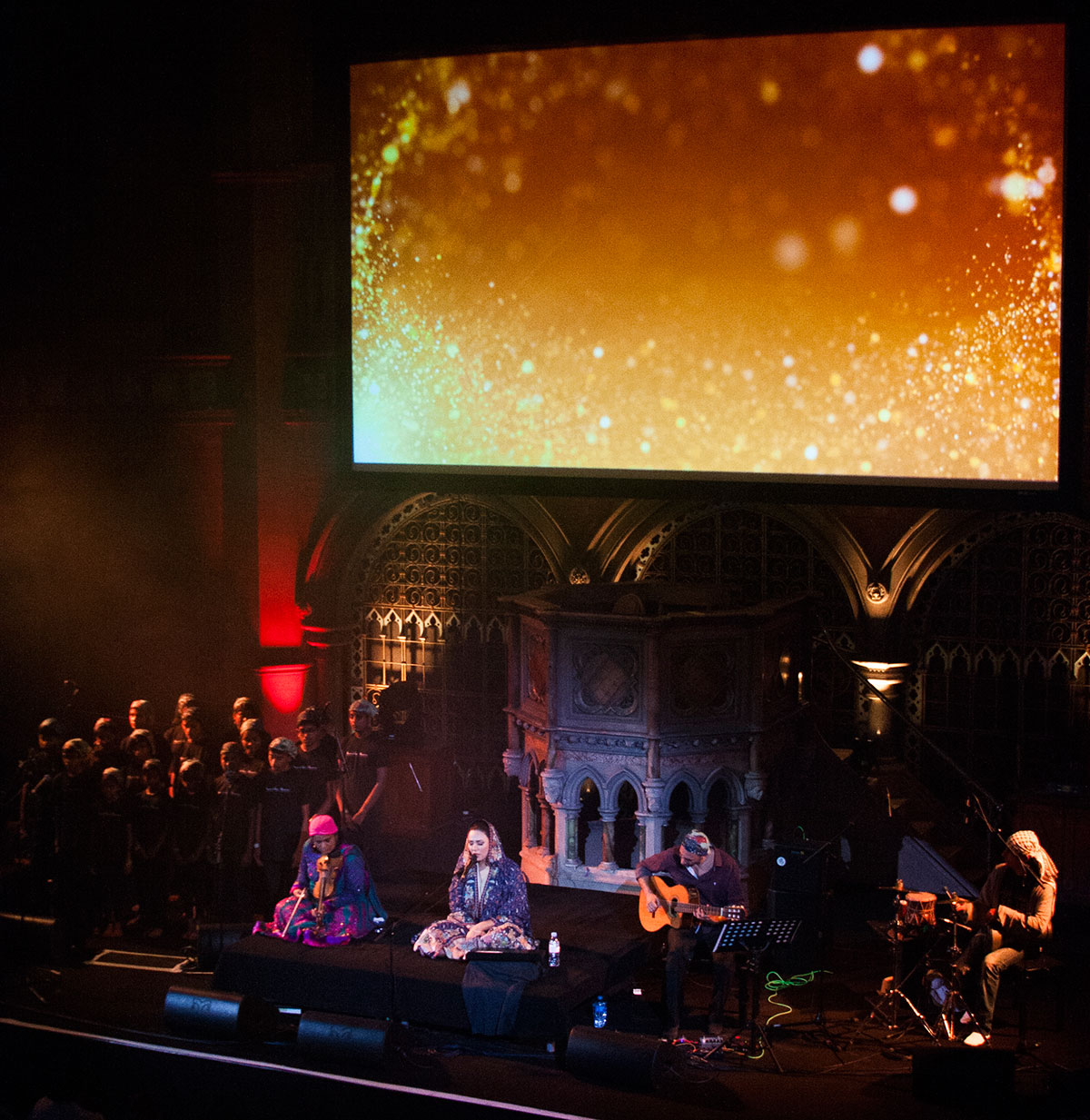 I’m so pleased to announce that I will be headlining the Union Chapel, London in August 2015. The venue is the perfect place for my London debut: an architectural treasure that is both an award-winning performance space and a spiritual sanctuary from the hustle and bustle of city life. The chapel is still used for religious reflection and contemplation and prizes itself as a liberal, inclusive and non-hierarchical organisation – I couldn’t think of a better fit. The concert is a short five months away and my mind is already racing with creative cravings for the show. The line-up will spotlight the host of wonderful musicians I worked with on my album I Bow To You Waheguru. I want to get this gig just right, so will be rehearsing in London from mid-July, carefully weaving the show together, thread by thread, and rhythm by rhythm. As ever my mind draws back to the work of the SOS Initiative in the Punjab: proceeds from the event will be donated directly to the cause. I’m also composing a new track to close the concert, more information on that exciting development in the months to come. Of course my album I Bow To You Waheguru will be on sale at the show. People often ask me what inspired the cover of my album, I wanted the cover to be beautiful and artistic but also linked to something deeper. At the time I had recently read about Maharani Jind Kaur. She was born into humble origins, the daughter of the Royal Kennel Keeper at the Sikh court in Lahore, but she was ravishingly beautiful and soon caught the attention of the Punjab’s greatest ruler, the one-eyed Ranjit Singh. Jind Kaur was instrumental in organising the Sikh resistance. She also reawakened and inspired her son, Maharajah Duleep Singh to take back his lost kingdom. In a final act of defiance Jind Kaur escaped her jailers dressed as a slave girl and trekked 800 miles to Nepal where she was given begrudging asylum: an act that cemented her place in Sikh folklore as a national hero. To pay homage to Maharani Jind Kaur I commissioned a young Swiss artist, Perrine Wettstein, to re- create a beautiful painting of her. We used mixed media: while most of the image is painted my eyes in the cover are digitally inserted so it feels as though I am looking straight back out from the cover. We wanted something striking that would stand out, but also wanted something to tie it into the beautiful and brave Sikh heritage that I am a part of. Alongside long-term preparations for the London show, these past weeks I have been busy editing the footage of my February concert with Talvin Singh and making plans for my next trip. In April I’ll be journeying to Amritsar to film the music video to my album track ‘Aukhee Gharhee’. Jyotsna Srikanth, whose honeyed violin is heard on the track, will be joining me there. Her string textures add an orchestral feel to the track that is very unusual for kirtan. In line with this sound I’ve also decided to invite some talented female violinists to add to the mix. I’m excited to expand the boundaries of kirtan, challenging the traditional setting of tabla, harmonium and voice and incorporating the many sounds of this magical multi-sided world into my devotional music. Remember to check my Facebook page and back on this blog for updates on my adventures in Amritsar.
Categories: Events